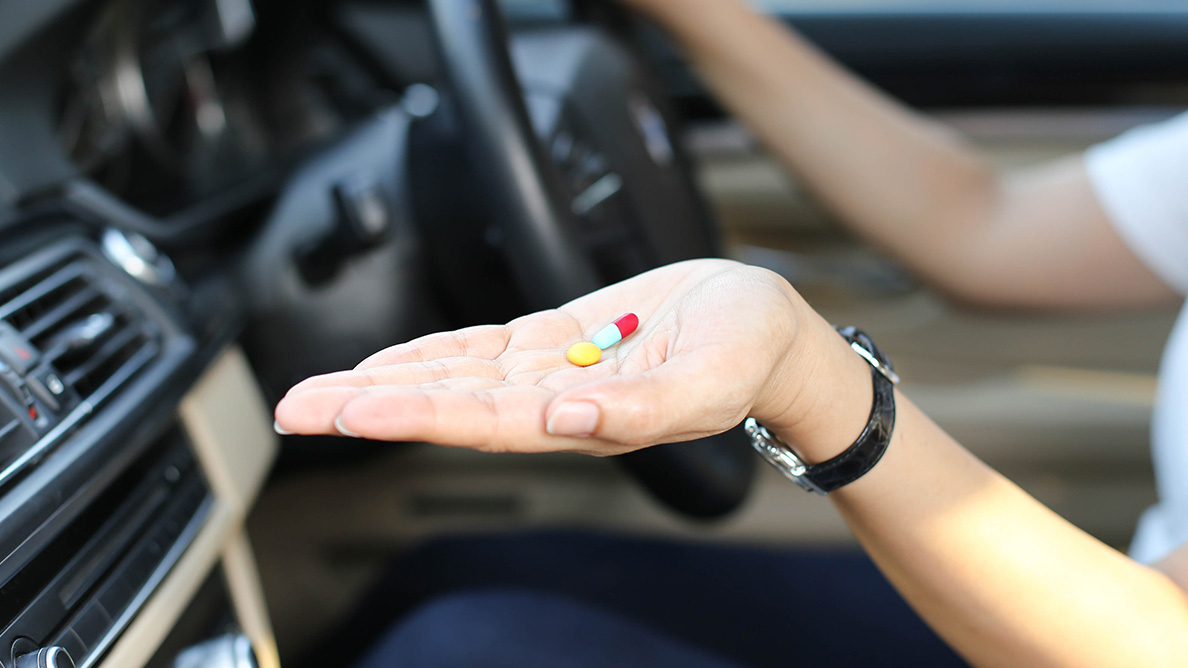 BORDEAUX, France: A new study questions the effectiveness of using pictogram message on the labels of anxiety and sleep medications that interfere with driving — an approach which is currently implemented across France. The study found that the risk of being responsible for a crash associated with these medicines did not decrease long-term after the pictogram was introduced.

A decade ago, France introduced a colour-graded pictogram that was placed on the outer packaging of all medicines classified as being at risk for driving. Three increasing risk levels were defined and identified on packaging with a colour code (yellow, orange, and red) and instructions for driving (be careful, be very careful, and danger: do not drive). To determine the impact of this change on traffic crashes, a team led by Dr. Ludivine Orriols and Dr. Emmanuel Lagarde of the University of Bordeaux analysed information from three French national databases and matched it to the national health care insurance database, police reports, and the national police database of injurious crashes.

Drivers involved in an injurious crash in France from July 2005 to December 2011 were included in the analysis, and the study was divided into four time periods: 1) July 2005 to December 2006 corresponded to a period during which the pictogram was not yet set up; 2) January 2007 to May 2008 was used to estimate the impact of the introduction of the pictogram; and 3) June 2008 to December 2009 and 4) January 2010 to December 2011 were both defined to assess any relapse in the potential impact of the pictogram. The three drug classes considered were those with the most consistent evidence for a causal association with the risk of road traffic crashes: benzodiazepine anxiolytics, benzodiazepine hypnotics, and z-hypnotics. These drugs are commonly prescribed to treat anxiety disorders or induce sleep.

Prevention policies should be revisited

The findings question the efficacy of the measure for promoting awareness about the effect of medicines on driving abilities.

said Orriols. “Prevention policies should be revisited towards the general driving population but also towards healthcare professionals, including general practitioners and pharmacists,” added Lagarde.

The study, titled “Road traffic crash risk associated with benzodiazepine and z-hypnotic use after implementation of a colour-graded pictogram: a responsibility study”, was published online on 22 August 2016 in the British Journal of Clinical Pharmacology.