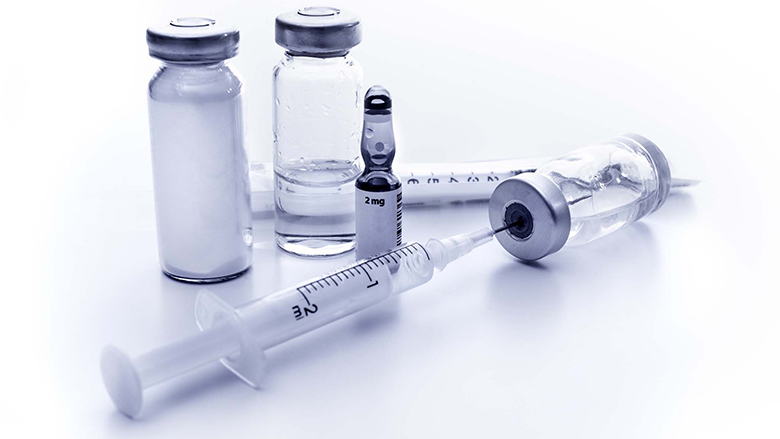 LANCASTER, UK: An international team of scientists have designed a new generation of universal flu vaccines to protect against future global pandemics that could kill millions. According to the researchers, the vaccine could give protection for up to 88 percent of known flu strains worldwide in a single shot.

Dr Derek Gatherer of Lancaster University said: “Every year we have a round of flu vaccination, where we choose a recent strain of flu as the vaccine, hoping that it will protect against next year’s strains. We know this method is safe, and that it works reasonably well most of the time.

“However, sometimes it doesn’t work — as in the H3N2 vaccine failure in winter 2014-2015 — and even when it does it is immensely expensive and labour-intensive. Also, these yearly vaccines give us no protection at all against potential future pandemic flu.”

Previous pandemics include the “Spanish flu” of 1918, and the two subsequent pandemics of 1957 and 1968, which led to millions of deaths.

According to the World Health Organisation, annual flu epidemics are estimated to cause up to half a million deaths globally.

“It doesn’t have to be this way. Based on our knowledge of the flu virus and the human immune system, we can use computers to design the components of a vaccine that gives much broader and longer-lasting protection.”

“A universal flu vaccine is potentially within reach,” said Dr Pedro Reche of Complutense University. “The components of this vaccine would be short flu virus fragments — called epitopes — that are already known to be recognized by the immune system. Our collaboration has found a way to select epitopes reaching full population coverage.

Dr Darren Flower of Aston University said: “Epitope-based vaccines aren’t new, but most reports have no experimental validation. We have turned the problem on its head and only use previously-tested epitopes. This allows us to get the best of both worlds, designing a vaccine with a very high likelihood of success.”

The team are now actively seeking partners in the pharmaceutical industry to synthesize their vaccine for a laboratory proof-of-principle test.

The study, titled “Towards the knowledge-based design of universal influenza epitope ensemble vaccines”, was published on 10 July ahead of print in the Bioinformatics magazine.